Your Day is My Night, co-presented by San Francisco Cinematheque, screens on Thursday Feb. 26 in the Cinema Department’s Coppola Theater at SFSU at 5 PM, and Saturday, Feb. 28 at the Chinese Historical Society of America, 965 Clay Street, San Francisco 1 PM. See their website for further details!
http://chsa.org/event/your-day-is-my-night-film-screening/

“Art does not reproduce what we see; rather, it makes us see.” Paul Klee

After 25 years of making experimental documentaries, I learned something that turned all my ideas about filmmaking upside down. I was working on “Your Day is My Night” (2013), my film about Chinese immigrants in New York, and I came to see that every time I asked people to talk in front of my camera, they were performing for me rather than revealing something completely honest about their lives. The very process of recording guaranteed that some aspect of the project would be artificial. I had to think of a way to change that, so I decided to invite them to work with me to make the film, to become my collaborators in a performative documentary experience – a hybrid mashup you might call it. This process began in 2011 and it’s changed the way I make movies. I believe that the inclusion of overt performance elements in a reality centered work of cinema produces a “documentation” of my subjects’ imaginations engaging with the world.  This realization is extremely compelling to me.

My relationship to film has always allowed me to straddle between the traditions of documentary and experimental filmmaking. Am I comfortable breaking from a realist, objective tradition of non-fiction filmmaking? What is the central tension between reality and invention in my work?  To what extent do I want to take my viewers on a creative journey? In what way is my audience engaging with me in my experiment?

I’d like to begin by talking about “Your Day is My Night” which I shot in a shiftbed apartment in New York City’s Chinatown. Blending autobiographical monologues, intimate conversations, and staged performances, the film documents the lives of Chinese immigrants sharing a “shift-bed” apartment in the heart of New York City’s Chinatown, offering a portrait of the Asian-American immigrant experience.

Initially documented in Jacob Riis’ late 19th century photographs, a shift-bed is a bed that is shared or rented by people who are neither in the same family nor in a relationship. Since the advent of tenement housing in the Lower East Side, working class people have shared beds, making such spaces a definable and fundamental part of immigrant life. A century later, the shift-bed remains a necessity for many, triggered by socio-economic barriers embedded within the urban experience.

Over the course of one hour, seven characters ranging in age from 58 to 78 play themselves and recount real experiences from their lives. Retired seamstresses Ellen Ho and Sheut Hing Lee recall growing up in China during the turmoil of the 1950s when their families faced violence and separation under Chairman Mao’s revolutionary yet authoritarian regime. Yun Xiu Huang, a nightclub owner from Fujian province, reveals his journey to the United States through the “snakehead” system, a complex underground economy of human smuggling. As the bed transforms into a stage, the film reveals a collective history of Chinese immigrants in the United States.

I spent two years shooting and working with my performer-collaborators on this film.  It was over this intense, revealing period that I began asking myself a very simple question.  What do you call the people who are standing in front of your camera?  Subjects? People who perform their own lives? Collaborators? Informants? 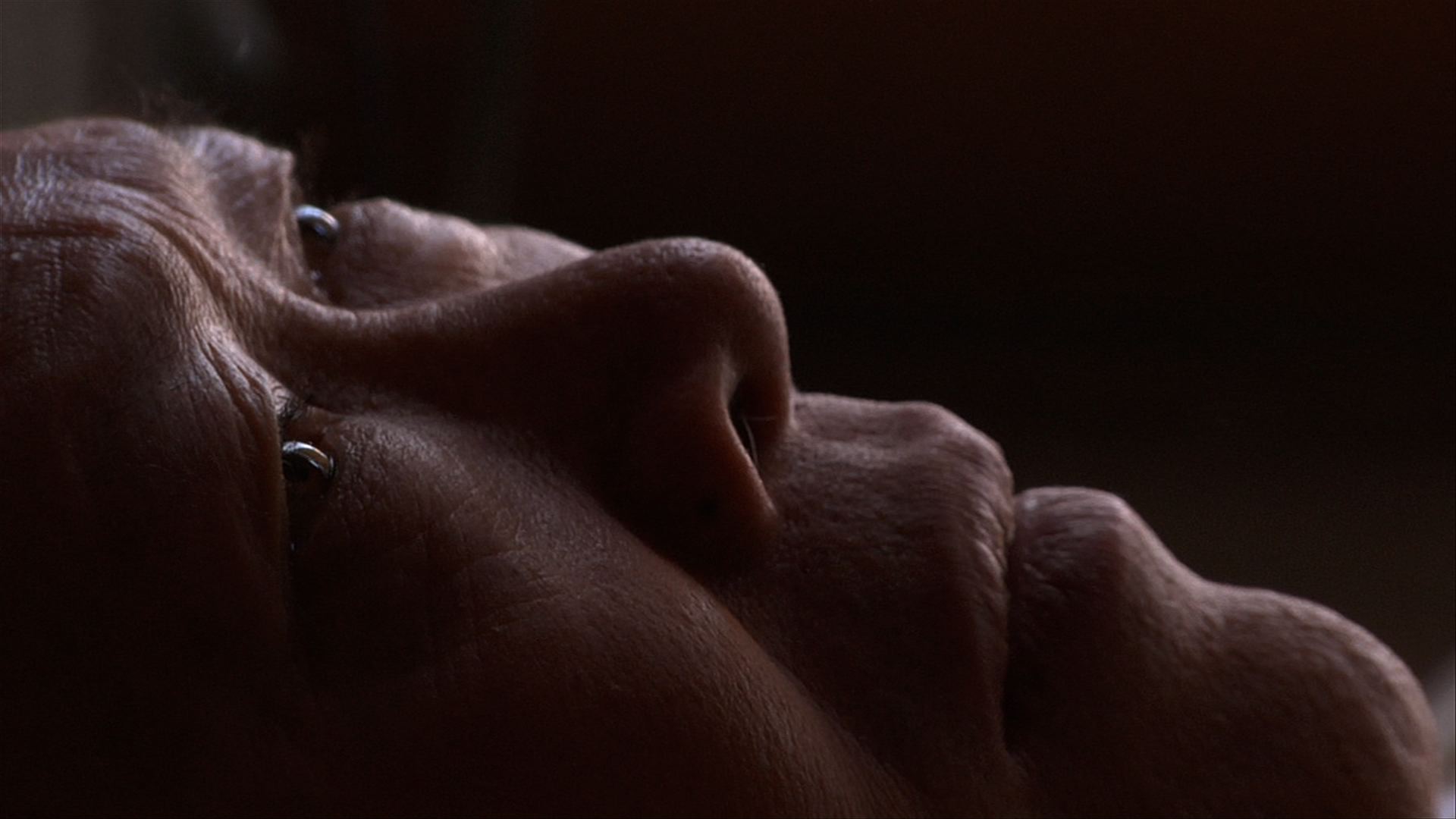 Another question came to my mind: How does allowing a fictional dimension become a catalyst for remarkable, unanticipated participation? How might it free everyone from the burden of the truth?  In 2001, I collaborated with American video artist Jeanne Finley and seven Bosnian artists in Sarajevo on an early web art piece. This was a period in my own work when I was very interested in finding out how people dealt with the pain and memory of war. I made five pieces in a body of work I call “I Am Not a War Photographer” (2001 – 2009).  In Bosnia, we did not want to ask each of our collaborators/participants to simply tell us their Balkan war stories of the 1990s. Instead, we asked each of them to become a composite character whose life included their own life as well as the life of someone they could be.  This permission giving process was extraordinarily liberating for all of us.  A new kind of truth emerged. You can see the results on the website we created together at www.house-of-drafts.org.  This was the beginning my documentary detour.

Even before this time, I discovered Ariane Mnouchkine and the Théâtre du Soleil while a student of experimental theater in Paris in 1981. Much more recently, I saw her Les Ephémères in New York City. This play is not based on a written text but rather on the everyday lives of the play’s cast members. In one scene, for example, you can see a phone conversation between a woman whose mother is in the hospital and some sort of administrator.  The whole scene is played out on a small mobile platform which is pushed by hand across a runway-like stage.  This scene grew from a composite of the performers’ individual memories.   It feels simultaneously distinct and mythic, idiosyncratic and universal.  Without knowing what was happening to me, I was drawn into a familiar narrative I would later have a difficult time recounting. It wasn’t the story that mattered but rather the visual impression and the emotion.

Like a documentarian, Mnouchkine builds her “dramas” with her company as they work together listening, remembering and observing.  Unlike more conventional theater, there is no debt to or inherent respect for a predetermined text. Mnouchkine explains:  “The director has already achieved the greatest degree of power she has ever had in history. Our aim is to move beyond that situation by creating a form of theatre where it will be possible for everyone to collaborate. In our company, actors are really the authors.”

I have also been deeply inspired by the Brazilian 1960s theatre practitioner Augusto Boal and his The Theatre of the Oppressed. Boal believed that theatre could promote social and political change.  The “spect-actors” (both the performers and audience in his case) explore and analyze the reality in which they are living through a playful engagement between texts and autobiography.  Here, the theatrical bubble is punctured by an injection from the street, the home, the workplace, the craziness of everyday life. The fictional world is no longer a paradigm of hermetic purity.

In his 2008 film 24 City, Chinese film director Jia Zhangke drops us right into a Chengdu military factory that’s shutting down to make way for a luxury apartment complex.  Clearly influenced by the populist sensibilities of the Italian Neorealists of the 1940s,  Zhangke interviewed both real workers and fictional characters to convey these challenges.  In one scene that continues to haunt me, the famous, highly recognizable actress Joan Chen engages in a theatrical scene with the actual employees of the factory. A Chinese viewer would certainly recognize the shifting discourses between a documentary and narrative mediation.  Either way, the world is shaped by the camera. 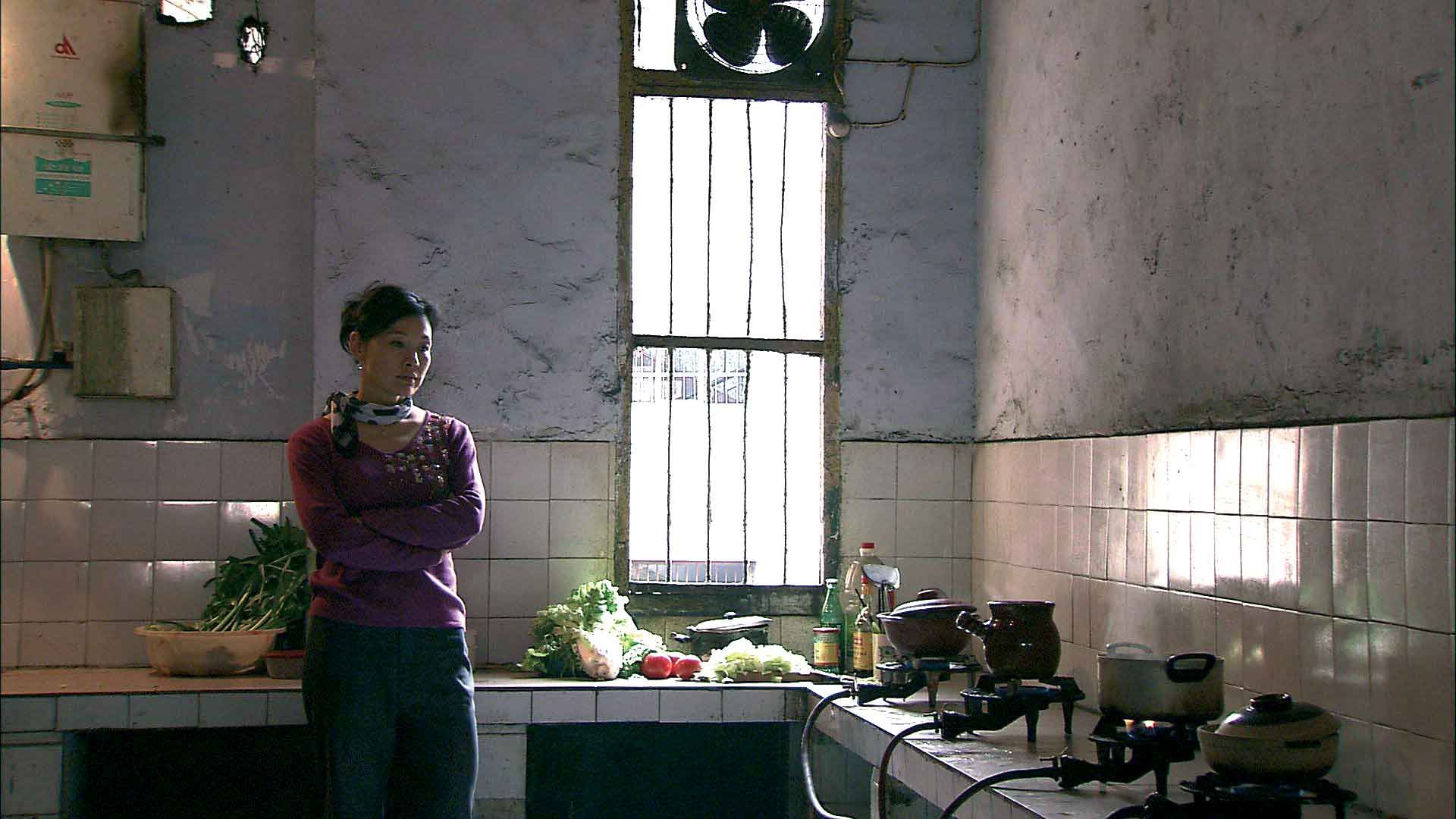 While watching this scene, I asked myself how the wardrobe generates a meta-discourse around documentary and performance. Do we need to understand the social hierarchy between the female star and ladies of the factory when they are actually performing the same roles?  Since there are so many non-fiction testimonial monologues throughout the film, do we really need to know the difference between what is authentic and what is invented?

It is also interesting to look at French director Claude Lanzmann’s nine-hour 1985 documentary on the Holocaust in the context of our exploration of the documentary performance.  Despite its subject, Lanzmann refuses to include a single archival image.  He relies completely on our historical imaginations.  In one of the film’s most famous scenes, a Jewish barber talks about cutting hair of people in the concentration camps who are soon to go to the gas chambers. We hear the director asking questions.  The barber is both recounting his story from the past and performing his current life. We feel as if he is following a script of his own design.  We as viewers must participate by imagining the horrible scenes he recounts. Like the man receiving the haircut and Lanzmann the director, we become complicit as we listen and engage.

Now I would like to share with you two more “documentary detours” in my own work.  In both of these films, I work with my own children as a way to access and layer the multiple dimensions by which we experience and interpret reality.

I made The Last Happy Day in 2009. This is the fourth of five films in “I Am Not a War Photographer”. It is an experimental portrait of my distant cousin Sandor Lenard, a writer who fled the Nazis. During the war, the US Army hired Sandor to reconstruct the bones of dead American soldiers. Eventually he found himself in Brazil where he embarked on the translation of “Winnie the Pooh” into Latin, an eccentric task which catapulted him to brief world-wide fame. My film, which resonates as an anti-war meditation, uses letters, abstracted war imagery, home movies, and interviews.  In the opening scene, four children help us as viewers to grapple with disparate biographical elements from Sandor’s life. In a more conventional documentary, we would feel compelled to articulate and illustrate all of the facts of this mysterious man’s life, but through the eyes and ears of children we can delight in all of life’s haunting paradoxes and inconsistencies. I gave the children complete freedom and in this way the details of the past became fluid and unpredictable. Throughout the film, these four children discover, examine, challenge and embrace the biographical details of a man they would never know. Through these conversations, we as the audience work with the children in the process of constructing a real person who is also somehow a delightfully complex fictitious character.

The last work I will discuss was inspired by the stories of Argentine writer Julio Cortázar yet blended with the realities of contemporary Argentina. Honestly, this was supposed to be my first narrative film based on a pre-existing text, but of course the beauty and complexity of quotidian life pushed its way into my film. Con viento en el pelo/ Wind in Our Hair was originally supposed to be an experimental narrative about four girls discovering themselves through a fascination with the trains that pass by their house. A story of early-teen anticipation and disappointment, the film soon became circumscribed by the profound Argentine political and social unrest that surrounded us during our production in Buenos Aires in 2008. My collaborators included several extraordinary local experimental filmmakers, my two daughters and two Argentine girls. Together, we all moved about this enormous city with our cameras and far-out costumes, witnessing a metropolis embroiled in a debate about agribusiness, food and taxes. Using a Spanish-English “bilingual” soundtrack, I tried to articulate Cortazar’s quiet, insightful intimacies within the true-to-life atmosphere of urban turmoil spinning about the young girls’ lives.

I hope that you can see from these works my interest in using performance as a liberating element in a life long cinematic engagement with reality.  For me, injecting a performative gesture in a work that is rooted in the social, political or cultural zeitgeist of the day acts as a catalyst for discovery.