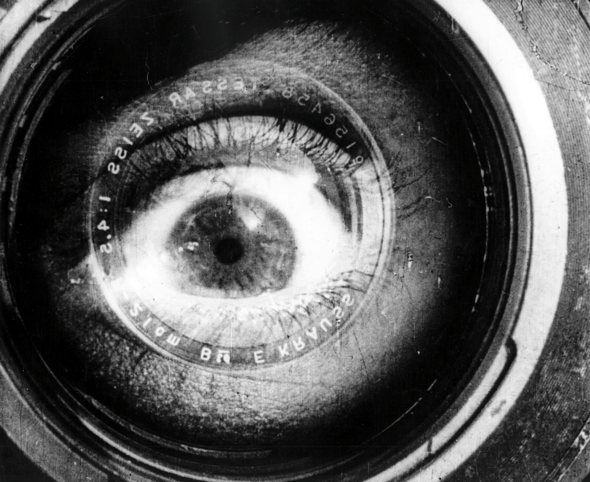 Experimental cinema exists in a state of perpetual flux. Blinkered, enmeshed, impacted, influenced, invented, inspired, invigorated, spindled and mutilated by the historical machinations of capitalist spectacle, still the experimental cinema thrives on, to be found in self-made cracks and crannies; in the minute and magnificent; a brilliant flicker in the darkest eye.

Issue #29: KINO-EYE began with a theme of ‘cinema and surveillance’ and took as its premise the realms of possibility to be found in our aerial, aug-mediated, coded, hybrid, locative, mobile, and nomadic realité of NOW. We then commenced a deeper probe (with our micro-intelligence) of the contra-positioning of sur- and sous-veillant experimental works. It is in this tactical context that OtherZine’s editorial team is very pleased to include, as featured writer, our longtime colleague, filmmaker extraordinaire (8 Bits or Less, Private Life of a Drone), curator/writer/media artist and Yes Men animator Patrick Lichty with his remarks on contemporary dronology, ‘veillance’ and pervasive seeing. Lichty has just moved overseas to teach in the United Arab Emirates and we wish him the very best of luck!

OtherZine is also very pleased to highlight Canadian-based artists Matt Soar and Jackie Gallant  on our front page with their fantastic interactive media artwork about memory and obsolete technical protocols – the design of leaders – for material filmmaking, entitled Lost Leaders #14. Try exploring all the clickable sections and buttons once its rolling!