Microcinemas, as artistic social networks, guerrilla experimental spaces of resistance to dominant media, and for an intimate expression of cinema are of great personal interest to me. I ran a microcinema in Brisbane, Australia for ten weeks in 2003 at the Institute for Social Ecology, an anarchist think-tank, in the West End suburb. Much of our material was what I had collected from Other Cinema and ATA before I left the US, intermingled with Australian underground films, and some locally made work. Our audience was small, eccentric; delighted.  I have also organized guerrilla-style impromptu screenings and temporary cinemas at experimental art festivals with much larger audiences. Those were either all about having the right material at the right time, like a copy of Grimonprez’ Dial H-I-S-T-O-R-Y on September 11th, or presenting a digital idea about cinema such as films made with wristcams and microtools.

Recently, when I was trolling Facebook, snooping around friends’ pages to see what they were up to, I was drawn to this black-and-white photo of a beautiful old building. It turned out to be the new home of the Boathouse MicroCinema in Portland, OR, as well as Matt McCormick’s studio. I had met Matt in the ’90s in Craig Baldwin’s basement when he was doing Peripheral Produce and I was curating at ATA. It was a serendipitous Facebook encounter in which we reconnected after all this time and having traveled to visit Portland’s art scene last summer, I was very curious and excited about this new project of Matt’s. 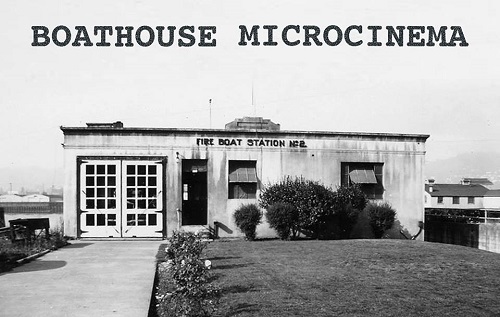 Home of the Boathouse MicroCinema, Portland, OR.

Molly: That is a very beautiful old building. Wonderful place for a microcinema. Such projects seem to wind up in out of the way spaces. The photograph suggests a lot of character. But, Matt, unfortunately, I’ve read that, like here, Portland’s real estate situation is extremely difficult right now for experimental artists; either closing up and/or very expensive, and gentrifying all the time. Can you tell us about this remarkable location and a bit about its history?

Matt: The Boathouse is an old fire-boat station that sits on the banks of the Willamette River in Portland, in a forgotten industrial district. I’ve had the lease on the building since 2001 and my studio there, and it has been an active artists’ studio collective since then so, everyone already knows it as “The Boathouse” …and how to find it. 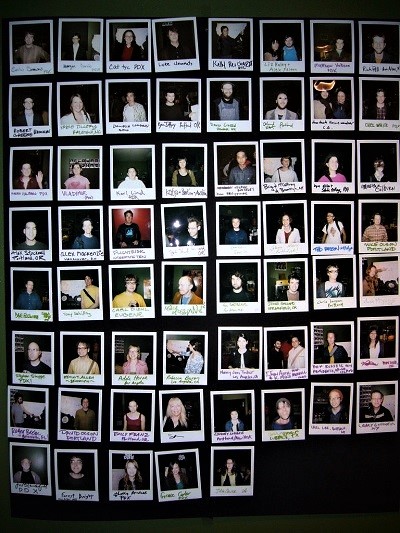 On any day there are 4-6 artists renting out various rooms and spaces as studios or work spaces so there has long been a rotating cast of artists, actually, with me as the consistent tenant.  Recently, a space that was used for the past several years as a photo studio opened up, so Chris Freeman, a studio mate and I decided that we’d experiment with the idea of running a weekly microcinema.  We were able to secure a small Precipice Fund grant that is administered by the Portland Institute for Contemporary Art and will be opening with PORTLAND UNKNOWNS – NEW LOCAL SHORTS by emerging local makers, curated by Ben Popp, who is with the North West Film Center and is director of the North West Filmmakers’ Festival. That’s our first night of films coming up on February 22nd. After that we will host the work of mostly local filmmakers every Wednesday evening along with other shows sprinkled throughout the Spring calendar. There are eleven shows fully programmed through the end of May and the screenings will be very informal, with plenty of time for snacks and drinks. We hope that any Q+A sessions essentially just turn into conversations about the film and the Portland scene and the content of the scene.

Molly: Sounds so great!  Can you give me a summary of the main idea or intention behind the project? Is it all local? Any international directions on the horizon? Please elaborate.

Matt: We are primarily focusing on the local film community for now, but will show non-local or visiting work most likely in the future, if the filmmaker or curator is present. We’re not all that interested in programming tightly curated shows, but rather fostering dialogue and bringing Portland artists together. 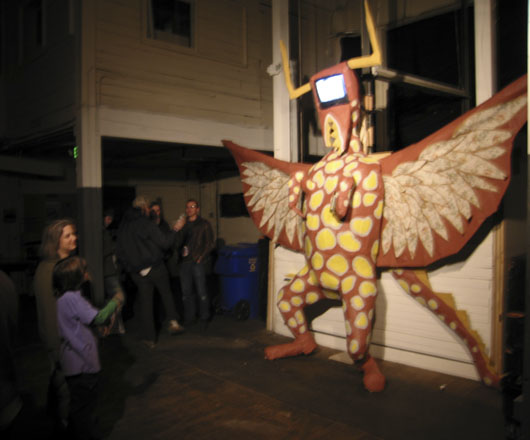 The recent explosion in the the cost of living here in Portland, and the detritus that has come with it has really fractured the local film scene. Organizations and venues have closed and artists have had to relocate or take on extra employment, and that seems to have taken a toll on what was once a healthy community. Our hope is simply to create a space where that scene can re-root and grow, even if for only a short time.

Molly: Wonderful. How generous to give up the space to this. How does this project fit with work you have done in the past, not in terms of being community-driven, but, maybe, ideas in that work that linger?

Matt: This project is definitely some sort of an extension of, or evolution of Peripheral Produce and the PDX Film Festival, but with a twist. Back in the 90s and 00s, we were putting on pretty large scale events at Peripheral Produce and anyone who ever attended a Peripheral Produce Invitational knew that those shows were kind of raucous…We’d sell-out 400 seat theaters, play bingo and go a little bit crazy. The events had a really “live” energy to them, almost like a rock show. In those days, one of the drivers of the effort was the fact that experimental/underground work was so difficult to see. We could truly make an argument that if you didn’t attend the event you probably would never see the work anywhere else. But these days with streaming and distribution outlets we have access to everything as artists and audiences, so we can no longer make that argument that we have to be there to see it. But I also think that is part of what’s been lost in the shift to online viewing, in particular, and all this access; that sense of community and camaraderie which came from those types of events and venues which were live and that is much of what we’re hoping to win back with the Boathouse MicroCinema!

Molly: Tell us again about the first show at Boathouse and your schedule? It looks from the website that you have a lot of young curators and emerging filmmakers involved as well as an older and more established, but fantastic and experimental generation.

Matt: We start the second week of February and run through the end of May with 11 fully-programmed shows. Weekly ‘Portland Filmmakers’ screenings will go on every Wednesday night, plus there will be special shows for out of town guests and a party or two.

Molly: Nice to connect with you again. More power to you on the opening and good luck with everything!