THE TOUCH OF THE EYE:
A process of tactile videomaking

Put the eye under the control of touch. —Tatlin

Herewith I am presenting a short I filmed years ago, Moonbow thief, which was recently premiered in New York Anthology Film Archives, New Filmmakers section. Just after, it was screened in diverse locations in US and UK. The video had already been shown in Italy and abroad (Belgrade, Buenos Aires). Other Cinema screened it during a “Avant to Live” screening session last year. 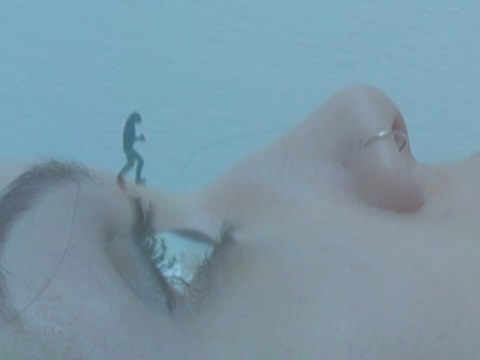 Every experimental filmmaker knows this paradoxical tension between eyes and hands: hands that break up everything into pieces, decomposing and recomposing through eyes that hold everything together. Thinking of a tactile quality of the eye means keeping together chance and planning, improvisation and structure, mistakes and attempts.

Think of Bergsonian matter and memory, in particular the concept of image as something between the thing and its representation and matter as a juxtaposition of images. Experimentation lives in this in between. In a memory that is in between, not simply incarnated in a body, but activated by it.

Impossible not to think of visual representation of memory like the flashback; cinema as montage of memory, which might be disorienting and incoherent, just like internal remembering and thinking. Sound could be treated to convey a sense of a distant echo of unreadable times. (The video has been shot with VHS and Super 8 and then digitally edited. The soundtrack is from the original field recordings taken analog, digitally manipulated.) 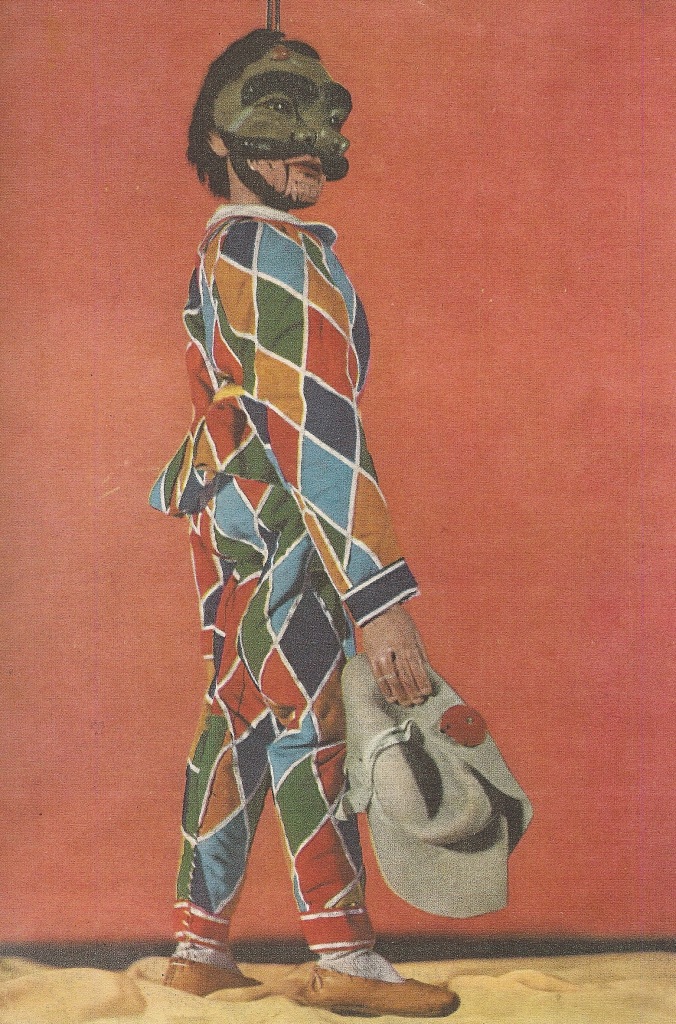 A cinematic memory has been deconstructed by Deleuze, Derrida etc. and I am very close to these postmodernist, even if there is no escape from time. And cinema is time. There is a lot of montage in this editing. In Moonbow thief, not only a narrative plot has been deconstructed, but also some material memories previously filmed, home movies in VHS and 8mm, very connected to old rituals surviving modernity in opposite areas of the world: in the Alpes here in Europe, and in Bali, Indonesia. Everything was edited as found footage. An analog matter, deconstructed on a timeline through a sort of chain of visual analogies, with interferences though. Thus some viewers might track even a narrative thread; what is important is the potential between creative and receptive acts, in a mutual relationship.
In this analog and non logical manipulation of space time matter, a lot of paper cuts, out of old magazines and ancient tables from flea markets have been used. There are some animated parts, realized with vintage prints and publications: Scultetus’ Armamentarium Chirurgicum tables of the 17th century on trepanation, Imagerie d’Epinal Pellerin on Art Comedy of the 18th Century and other prints, more modern, about Commedia dell’Arte.

MATTER AND TRANS-FORMATION
The filmmaker is behind the camera but also in front, body as mind and matter. Material cinema as a trans-formation, where form is just a transfer for us, transformative identities. Thus the reference to Carnival that historically was very subversive, with concrete effects on society, creating a gap between past and 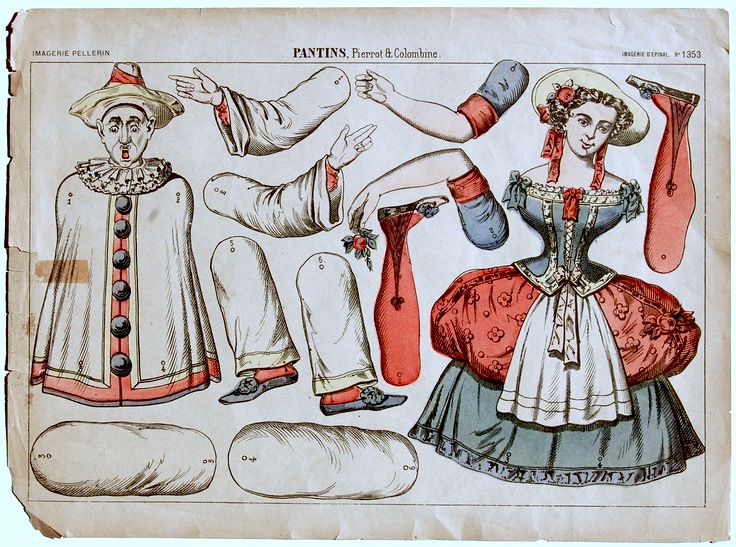 present through the reinvention of the subject and of her/his role in the society. See the Super 8 and VHS found footage and home movies on Italian Carnival from Dolomites, with its archetypical masks of the Matazin and the Om Salvarech, on the one hand; Barong e Rangda dance from Bali on the other hand. Even if from two opposite sides of the world, they are rooted in rituals where the dialogue between opposites is vital, since there is no oppressive dichotomy, because the fight between Good and Evil is never ending with a winner. Dolomites and Bali are distant worlds but there is a continuity between rituals, ritualistic events with no words but at the same time symbols of communication and community, if language is thought as expression, but also belonging and emancipation. Norms are challenged, conventions are flouted and the unexpected becomes the expected in a parody and reversal of human life. 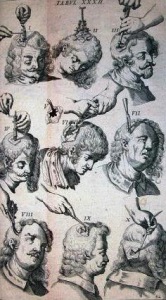 Foreground inspiration is Mikhail Bakhtin and his studies on Carnival, especially his concept of the grotesque body, as device which allows the collective to renovate itself in eternal cycles of death and rebirth, and his ideas on Carnival as a moment in which every human being transcends his ego and discovers himself belonging to the community, through the mask, the camouflage and the general atmosphere. Besides the carnival grotesque, there is a hint to Artaud’s The Theatre and its Double and his studies on the Balinese dance-theatre, ritual performative languages where even words signify more as incarnations of gestures rather then meaning, beyond mimesis and representation. Between other sources of inspirations: Eugenio Barba and his OdinTeatret.

“Now, dances and parades, masks are like crusts on the faces of our performers. Soon in their performances, they will melt one again with what they use to cover themselves. From the point of view of those who are master of the Speech we look simi lar to dumb people who express themselves with signs. From the point of view of dumb people, we are dumb but able to speak.” —Eugenio Barba

Starting points were many, from Bakhtin polyphonic text to an idea of embodied
memories, together with post-structuralist and feminist studies on the gaze. 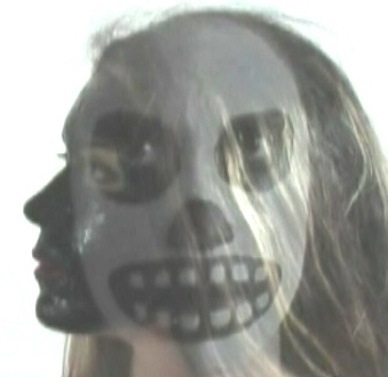 MATTER AND LANGUAGE
I am talking about languages and discourses anchored and materialised in History, referring in particular to absent female voices, as many other dumb subjects that had started to talk with a mask; see the Italian palindrome embedded in the short, as a caption of the video: ero muto tumore, i.e. I was a dumb tumor. The body is there as tribute to écriture féminine. The body is written, but can speak also. The title Moonbow thief suggests the failure of the logos, even if with a rainbow mask; a moonbow is rare and even more ephemeral than a sunbeams’ rainbow. The moon, moreover, is an ancient symbol for the maternal, the female, the mysterious, for the unconscious world. The woman with a rainbow mask shakes her head, speechless, since there is no answer, behind an aesthetic of denial and refusal. The unspoken history of women and other minorities will find no answers in the reign of the Logos’s speech. The video was meant to question language and its limits. 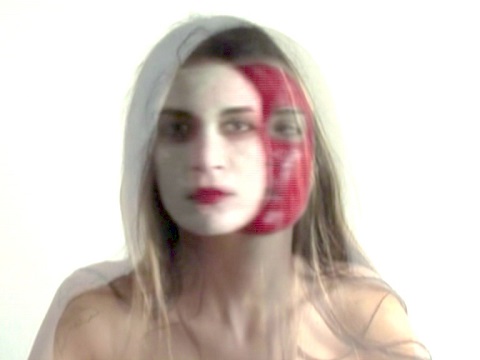 The quotation from The rainbow, Chapter 13, The Man’s World, by D.H. Lawrence, “If I were the moon, I know where I would fall down”, end the video with a bang, as part of the soundtrack, more a semantic prosody than a bridge to the past. This material cinema is ambivalent and maybe disturbing, but even in death and negation, the darker side of this video, I see a vitalist purpose, a celebration of the cycle of life. Because even cinema feeds, but is consumed. This is the paradox.

LIGHT MATTER
There are some, more scientific, iconic reference to light diffraction as well. Cinema is light. Light is something we look but cannot see, an invisible matter we can make visible. Diffraction makes light visible; diffraction is a way to rethink the gaze, as multi-layered as a spectrum can be. 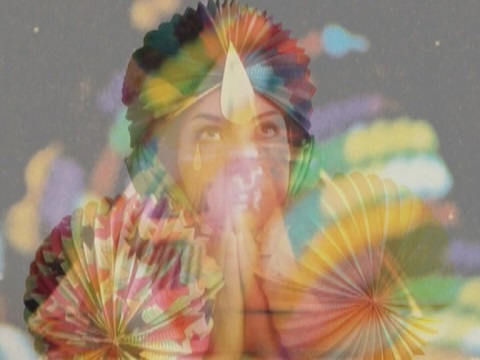 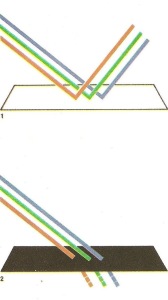 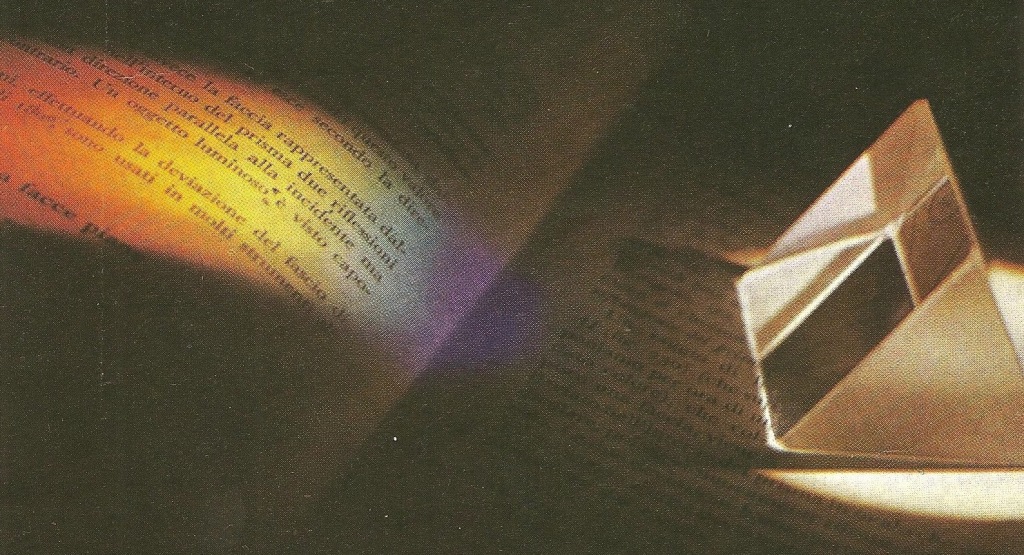