Video Works From the Dust and Scratches
of a Phonograph Record

I am a composer and musician but since early-1990’s I have worked very often in a gallery and museum context and especially during the last decade I have worked more than ever with sound installations. This is the reason why I decided to establish Sound Art Gallery Akusmata in 2006. Decision was made then, but it took five years to find time to launch the project.

The first sound installation at Akusmata was Black Groove (2012), which I created together with video jockeys Random Doctors and Klaustrofobia. I had performed with them many times, I created music and they created visuals, but in this case we moved to new environment and collaborated in a gallery context.

It took few years to work out the concept of Black Groove. The process started from a flea market from where I found two rare sound test records from the 1930s. The records were produced by German Siemens company and they contained speech, processed speech and electronic sounds. The records were made for testing purposes, to test the signal of telephone cables. The Sound Restoration Unit of the Finnish National Library digitized the records to me. It was necessary to make this work there as you can’t play the old gramophone records with modern record players. At the Finnish National Library they did a special job to me. At first, they digitized the records, and next I wanted them to remove the original information out from the records. What was left was the noises that had accidentally attached on the surface during the lifetime of the old records: clicks and pops, surface noises, noise of dirt, and mechanical noises. These sounds are the only sound element in the Black Groove. At the Akusmata gallery these sounds were distributed around the visitors through a four-channel loudspeaker system. The visitors moved in the space of “expanded record groove”, where they could listen to the surrounding vinyl noises. 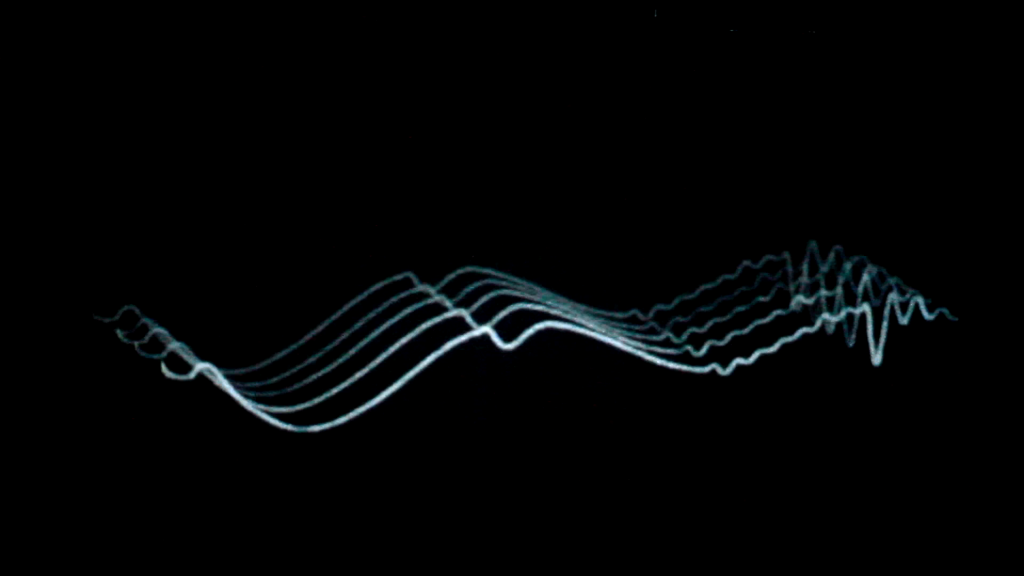 The video projection of the Black Groove installation is straight horizontal line which is sound reactive. It follows the noises of vinyl groove in real-time. We had installed five large but very thin black tulle fabrics to hang from the roof, distance between the curtains was under one meter. In the dark gallery these curtains were invisible. With these “invisible screens” we created strong visual 3D illusion as they multiplied the projected line to five lines in the air.

When there is no sound, the line is straight, but immediately when the noises appear the line becomes active and visitors see graphical response of the noise. With the technique that Random Doctors and Klaustrofobia had developed, the 3D space in the gallery was created with digital and analogical means. When the visitor moves in the space, three-dimensional effect changes according to the relation of the lines. Before this gallery realization Random Doctors and Klaustrofobia had tested their technique of “invisible screens”, tulle fabrics and 3D illusion, at dance club events.

From the gallery installation we created a video documentation of Black Groove which also works as an independent video art work.

I continued my studies with vinyl grooves in my next audiovisual installation, Locked Groove (2013), which I created together with Klaus Nyqvist (Klaustrofobia). The work was commissioned by artists’ association MUU and it was presented first time in January-February 2013 at the gallery of the Finnish Institute in Stockholm. This is a sister-work for Black Groove, as the working method is very similar in both works. From an old vinyl record I erased music, and used only silent track and the noises of the groove, like clicks and pops, scratches, and noise of dirt. I made a locked-groove track and feeded this through active equalizer. With the active equalizer I made gradual, a piece-long sound transformation. The piece starts from the highest noises of the groove (low noises are filtered out) and through the transformation ends to the lowest noises of the track (where the highest noises are filtered out). 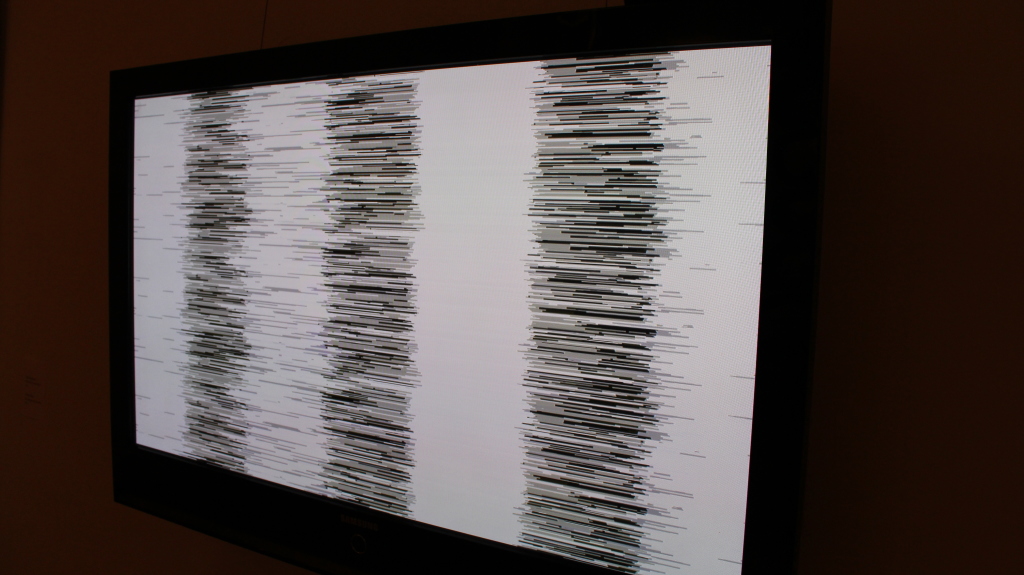 The video was projected on a large screen that was installed on the wall of the gallery. Under the screen, on the floor, was a vinyl record running on the turntable of an old 1960’s record-player. The area in front of the screen was surrounded by four Genelec speakers that distributed the noises of vinyl record. With four speakers it was possible to make full sound field around the visitor.

The basic visual element on the video is black and white vertical stripes. The idea for the stripes (four white and three black) came from designer Fujiwo Ishimoto’s Marimekko Juhla-Raita (Black / White Upholstery Fabric). Marimekko and Artek presented their products in the same exhibition and the idea was to create a new work that commented the products of these companies. At the beginning of the video the stripes are quite still, but gradually the noises of the vinyl affects to the edges of stripes and they start to shake. When the time passes the movement comes stronger until finally the stripes broke up and the screen is full of broken black and white particles. The work has been released on a compilation DVD entitled MuuVideo 2013 (Muudvd09-2013). 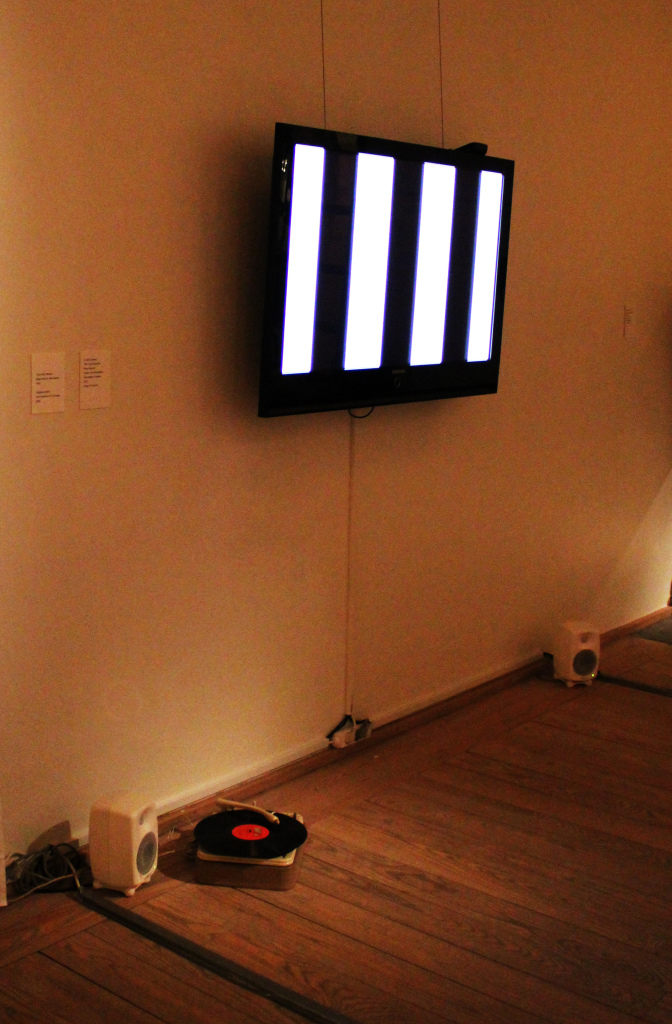 “Locked Groove_2” (from the gallery installation)