“Build the Wall!”? They ARE the Wall! John Douglas’ “Homeland Security” 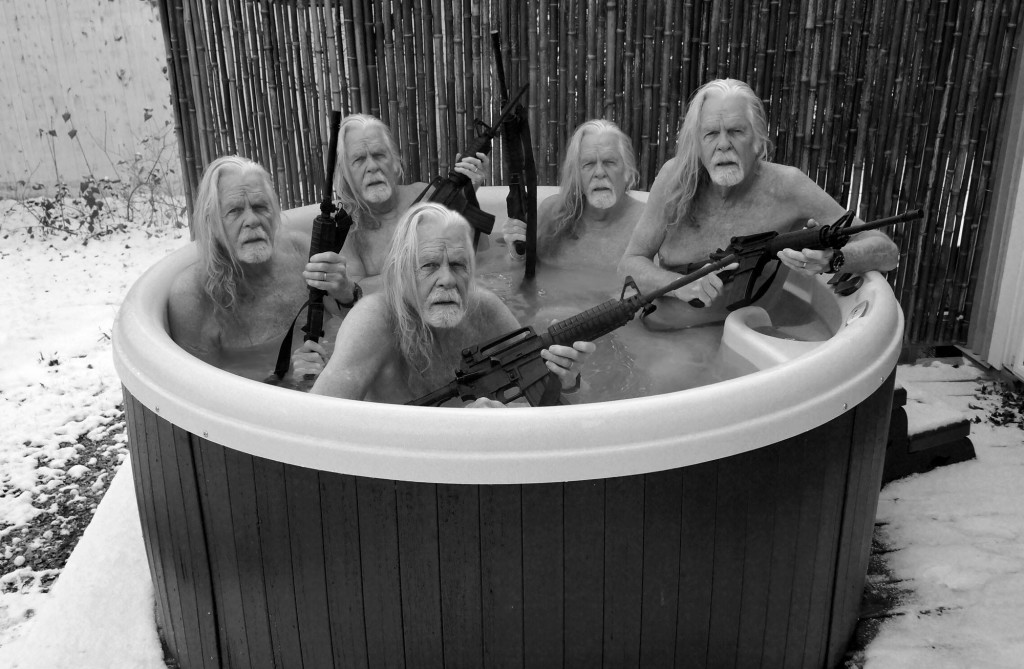 John Douglas is a crusty yet twinkle-eyed old radical artist in the hills of Vermont.

He has a distinguished filmography, ranging from documenting resistance to the Vietnam war with the collective Newsreel, political 3D animations in the 1990s, and co-directing and acting in the 3 1/2 hour “Milestones” with Robert Kramer.

Shortly after the start of America’s madness following 9/11, he began his “Homeland Security” series of digital photographs. 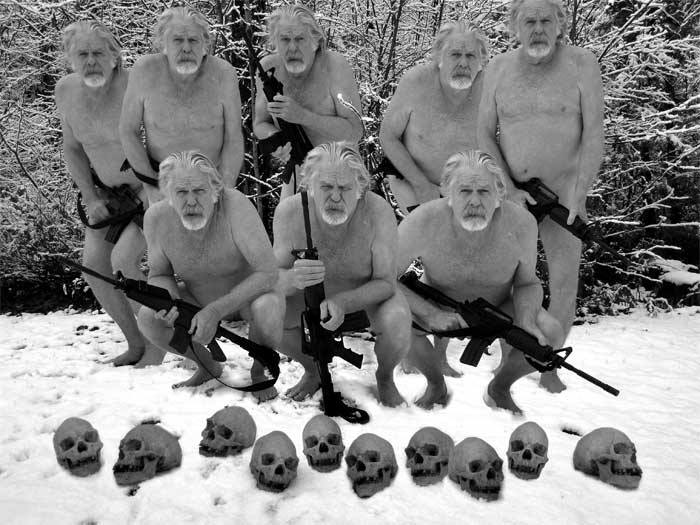 John Douglas’ rich political and personal imagery can be seen on his homestead Redrat.net