by Kevin B. Lee

Kevin B. Lee, in person, December 10th, “Aesthetics of Analysis” at Other Cinema!

In a world bedazzled by intractable images, do we need the essay film now more than ever?…Kevin B. Lee weighs up this distinctively self-aware, searching form of cinema through both video and text–Sight and Sound

The Essay Film: Some Thoughts of Discontent from Kevin B. Lee on Vimeo.

I cannot recall how the term ‘video essay’ came to be the adopted nomenclature for the ever-increasing output of online videos produced over the past few years by an ever-growing range of self-appointed practitioners (including myself). My own entrance into this field was an organic synthesis of my backgrounds as a film critic and a filmmaker, two modes that had competed with each other in my mind until I started to pursue the possibilities of critically exploring cinema through the medium itself. This practice is readily possible in an age when digital technology enables virtually anyone with a computer (not even a video camera, as images are overly abundant and accessible) to produce media with nearly as much ease as it is to consume it.

Does this type of production herald an exciting new era for media literacy, enacting Alexandre Astruc’s prophecy of cinema becoming our new lingua franca? Or is it just an insidious new form of media consumption? At least that’s how much of what lately is termed ‘video essay’ strikes me: an onslaught of supercuts, list-based montages and fan videos that do less to shed critical insight into their source material than offer a new way for the pop culture snake to eat its long tail.

Minding the as-yet-unfulfilled potential of critical online media, I take great interest in the BFI Southbank’s August S&S Deep Focus series on essay filmmaking as a much-needed occasion to reflect on the significance of this word ‘essay’ in relation to film and video. However, having watched and re-watched most of the films in the series, and engaged with several critical texts on the essay film, I’m no longer even certain if most of the videos I’ve produced over the years qualify as ‘essayistic’.

I pondered this when encountering essay film scholar Laura Rascaroli’s disqualification of Michael Moore’s Fahrenheit 9/11 as an essay film:

“Spectators are asked to follow the facts, to watch and listen, and progressively discover an objective truth, to which the author holds the key.”

Much writing on essay films espouse a resistance to the didactic, the pedagogical (which my work has been described, and not always in tones of approbation), or the polemical, while embracing the form’s ability, through the combination of images, sounds and words, to express the process of subjective thought. In the words of Hans Richter, who coined the term in 1940, the essay film:

“…allows the filmmaker to transgress the rules and parameters of the traditional documentary practice, granting the imagination with all its artistic potentiality free reign.”

However, these grandiose assertions confound as much as they clarify what constitutes an essay film. Rascaroli’s dismissal of Moore underestimates how his blunt-force polemics elicit (and even solicit) an active response from the audience, stimulating a critical engagement with the film and its political discourse, a strategy akin to the incendiary film essays of Santiago Álvarez (featured in the BFI series).

Richter’s definition doesn’t help much to differentiate the essay form from much of experimental cinema. And, as pointed out in the essays The Essay as Conformism by Hito Steyerl and Deviation as Norm by Volker Pantenburg, the common notion of the essay film as a form for free-flowing, subjective non-conformity, a concept borrowed from literary conceptions of the essay that are as old as Michel de Montaigne, has itself become a convention bordering on cliché.

My own working definition of the essay film errs on the side of inclusion at the expense of qualitative judgment or inflated promises of uniqueness: for me, an essay film explicitly reflects on the materials it presents, to actualise the thinking process itself. This gives a firmer delineation against a more general conception of experimental or documentary film practices, while also entertaining other films that one might otherwise neglect as ‘essay films’. Looking at the top results of last year’s S&S Greatest Films of All Time poll, one finds no-brainer examples like Sans soleil and Histoire(s) du cinema, but one should certainly also include the likes of Vertov’s Man with a Movie Camera, Tarkovsky’s Mirror – and why not Malick’s The Thin Red Line? 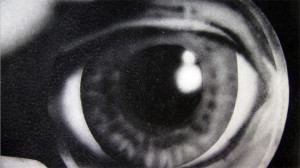 To pose a more critical question than “are they or aren’t they?”, I wonder if the habitual exclusion of the aforementioned titles from the essay film conversation has to do with an urge to reserve the distinction for films and filmmakers who more thoroughly occupy a fringe area existing outside of conventional film genres. On this score the cause célèbre is Chris Marker, who figures prominently in the theorising done to date by essay film scholars such as Rascaroli, Nora Alter and Timothy Corrigan, as well as in Andrew Tracy’s feature article on the subject in the August 2013 issue of Sight & Sound.

Tracy’s essay gives a compelling account of the evolution of what in hindsight came to be known as the essay-film form, which, according to his telling, seems to culminate with the Left Bank triumvirate (amply represented in the BFI series) of Marker, Alain Resnais and Agnès Varda, with their interrogations of a world of images – and of the power of the moving image itself – characteristically set to literate voice overs of wilful indeterminacy.

To be sure, these works amount to a defining moment in the evolution of the form but not the defining moment; the three decades since Sans soleil have seen a veritable explosion of essayistic filmmaking that Tracy’s account neglects to acknowledge. Perhaps Marker’s recent passing moves us to attend to his sui generis contributions to cinema – but at the recent Flaherty Film Seminar on documentary film, the halo cast around Marker’s memory was so thick as to be suffocating. His legacy has become so firmly tied with the essay film that many presume a subjective voice over narration is essential to such works. But over the last 30 years, the centrality of the essay film voice over has been thoroughly complicated (cf. the Black Audio Film Collective’s masterfully polyphonal Handsworth Songs), subverted (Ben Rivers’ faux-anthropological Slow Action) or altogether abandoned (Jose Luis Guerin’s wordlessly analytical Train of Shadows). 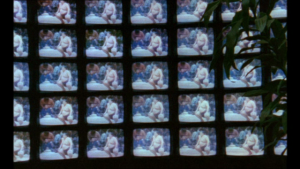 To Tracy’s credit, he links the use of voice over to a purpose that he and I both consider essential to essay filmmaking – in his words, “to interrogate the image, to dispel the illusion of its sovereignty.” This discontentedness with the cinema, and all that it has promised us over the past century (total entertainment, total art, total Bazinian reality), is one of the profoundest subtexts to Tracy’s piece, a drop-kick through the looking glass of the screen into the world around it, a world it has done as much to distort or distract us from as it has revealed and connected back to us.

Where Tracy and I seem to differ is in the necessity of literary techniques such as the voice over in determining cinema’s capacity to interrogate itself; where he seems to hold that such interpolations are necessary to create the critical distance to cinema that enables the essayistic mode, I hold out that moving images on their own contain tremendous as-yet-untapped potential to shed critical light on themselves. To quote Marker enthusiast Kodwo Eshun of the Otolith Group:

Here it’s worth mentioning another figure who has done as much as Marker to define essay filmmaking practice over the last 30 years: Harun Farocki, who has spent a lifetime unpacking images as embodiments of social systems (from prison surveillance videos to business presentations to football broadcasts), and as systems of meanings in themselves. He once described his practice as “images commenting on images”, an analytic technique that, through its resourcefulness and simplicity, frequently yields eloquence.

He is represented in the BFI series by How to Live in the Federal Republic of Germany, a perversely inspired selection, given how much more overtly essayistic some of Farocki’s other films are compared to this Wiseman-esque observational chronicle of behavioural training sessions (birthing lessons, police drills, a striptease rehearsal). But there is no question that over the accumulation of scenes, a socially critical discourse emerges, in a mode that’s highly relevant to critical (or uncritical) media today: the film plays like an extended supercut of real-life scripted events.

In his own way, Farocki’s work fulfills another wish for the essay film expressed by Tracy that I share, to see the image “as part of a matrix of meaning that extends beyond the screen.” This takes me back to this article’s starting point in the contemporary morass of online clip compilations and fan tributes that pass as essays, and what alternative mode of media could place us in a more critically aware position with regard to how media functions in our lives, where it comes from, what larger forces are behind its dissemination and our consumption of them.

In this way, the essay film might realise a greater purpose than existing as a trendy label, or as cinema’s submission to high-toned and half-defined literary concepts. Instead, the essay film may serve as a springboard to launch into a vital investigation of knowledge, art and culture in the 21st century, including the question of what role cinema itself might play in this critical project: articulating discontent with its own place in the world.

Kevin B. Lee appears at Other Cinema on…