False Colors, Brightly Seen develops the generative aspects of color creation without color imagery through the digital combination of separate RGB elements into a singular movie. Color separations, in the form of two- and three-color photographic processes, have been a focus of artistic experimentation in motion pictures since their development in the 1920s and 1930s. These early experiments produced films where the colors appearing in the final release print do not require a direct relationship to their sources: by manipulating the density of the separations, when printed together they would provide intense, artificial colors. These same potentials, in the form of RGB channels, are well known in both analogue video and digital imaging.

The colored grid appearing inFalse Colors, Brightly Seenwas autonomously generated using general purpose compositing software (Adobe After Effects) and its native capacity to designate different (still or video) elements as distinct RGB elements and combine them into a singular movie. For this experiment, a black and white still was selected from The Glitch Movie (2015) [Figure 1]. This still image was then “animated” by adjusting the gamma and contrast gradually over an extended duration (slightly longer than the finished False Colors, Brightly Seenand rendered [Figure 2]. The selection of a still image, rather than a moving image, was to guarantee the precise registration of the pixels throughout the finished film. This was to insure there were no highly kinetic motions in the foundational material, a choice that enabled an exacting consideration of how the different separations were interacting. This black and white video became the foundational material for three variations:
(1) the Blue video, the values were crushed 25%, and otherwise left unaltered.

(2) the Red video, the values were inverted and the gamma crushed towards a middle grey.

(3) the Green video, the values were crushed 75% and the video was reversed, so the end became the beginning.

All three elements were rendered to reduce the render-time their combination would require and then each was assigned to its particular channel in the composite. The results were dramatic: an essentially monochromatic, but highly saturated, field of squares that slowly changed hue. While this result was promising, I had hoped for a more dynamic composition with more chromatic variety than what appeared in the initial result. The start of the video was a successful example of effect; however, it rapidly developed into a binary complementary pair with little visual variety [Figure 3].

The solution chosen to address this graphic flattening of the color range belongs to another native technical potential of the After Effects software: “time displacement.” “Time displacement” employs a grey scale image/video as a selection tool to generate automatically, a composite image from pixels drawn from different points within the same timeline, displacing them temporally, but keeping them in the same place on screen. The commonplace application for this effect is the contortion and distortion of imagery in what is known by the misnomer “slit screen.” The displacement of pixels in False Colors, Brightly Seenwould not produce kinetic effects since there was no motion contained in the image—–Instead, it would create a more complex arrangement of color within the same limited graphic space. The video used for these displacements was the unmodified, initial black-and-white video that produced the color separations. This process was repeated several times on the output to create the footage employed in the final version of the movie.

Details were enlarged and several distinct time-displaced videos were composited together to produce the finished movie. A “final” pair of displacements were done on this footage using an enlarged grid [Figure 4] from the same original grid. The results of these secondary and tertiary displacements were dramatic: the image assumed a fluid character, suggesting liquids draining across/through the grid of colors. This effect was especially pronounced at the end of the video as it cut to black: instead of an edit, the colors simply dissolved into darkness, providing a conclusion to the movie. What this process reveals is ‘stratographic time’ where pixels from different temporal moments in the same movie (timeline) appear on screen together. In Figure 5 these time strata appear as differences in luminosity, each distinct layers within the image is clearly visible: stratigraphy is the appropriate metaphor for this composite of time frames—it renders duration immanent in a way graphically distinct from an “image-temporal matrix,” but within the same range of windowed structures. Their historical organization as distinctly defined “windows”—boxes or other clearly defined outlines—is a function of technological limitations. The organization/segmentation of the image does not depend on these easily recognizable forms to be present in the image; however, the results of this stratification in False Colors, Brightly Seen appears to be fluid, organic in nature, rather than a product of conscious organization or choice. The abstract nature of the imagery makes the identification of these displacements quadisplacements difficult. The tendency is instead to integrate them into a gestalt rather than as a series of displacements or combinations.

Similar stratographic displacements appear in The Glitch Movie(Betancourt, 2015) but retain their disruptive affect, visible in Figure 1. The difference between these instances is not a technical one: both movies use similar time displacement effects. But unlike False Colors, Brightly Seen,there imagery in The Glitch Movieis both highly kinetic—there are animation cycles in the background, while the foreground presents a logo-graphic saying “Glitch!” The maintenance of traditional foreground/background dynamics as well as the kinetic animation, coupled with the glitched video, produces an entirely different affect: the patterns crawl up the screen, moving organically, but do not have the same fluid affect that this same stratographic process has in False Colors, Brightly Seen.

While this movie resembles glitch videos, it’s relationship to them is tenuous: the black-and-white foundational image [Figure 2] is a still from databent materials in The Glitch Movie, its use and subsequent development in False Colors, Brightly Seen does not correspond to, nor imitate, the visual characteristics of glitched works. The graphic character of this glitched material when rendered as a steady-state composition (as in False Colors, Brightly Seen) tends to counter the association of it with glitched video generally: what appears instead acts as a graphic animated film, comparable to the abstract elements in Gustav Klimt’s paintings, rather than the digitally fragmented and unstable imagery common to glitched work. This tension between forms that resemble glitched video and their elaboration over time in distinctly unglitched ways provides a means to recover “glitch” as a visual form without an assimilation to established rhetorics around technical failure. What appears in False Colors, Brightly Seenis specifically a series of exploits that use entirely standard functions to create unanticipated, butnot anomalous results; thus, ‘anti-glitch.’ 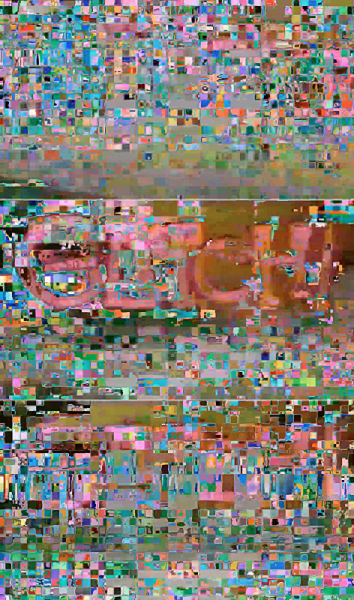 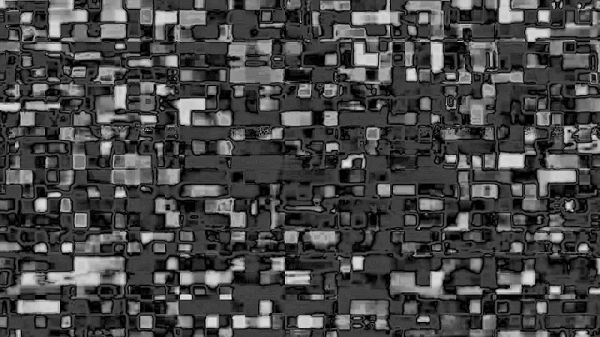 Figure 2. Black and White still image used as the foundation for all the imagery, and for the initial time displacements in False Colors, Brightly Seen (Michael Betancourt, 2015). 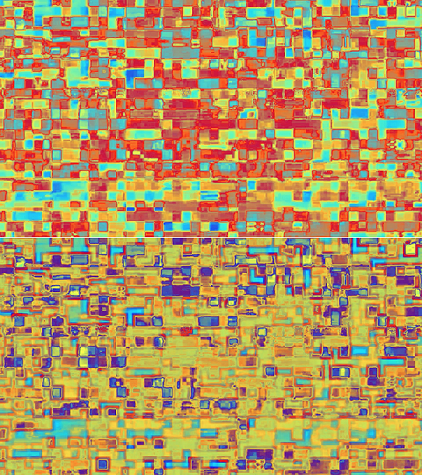 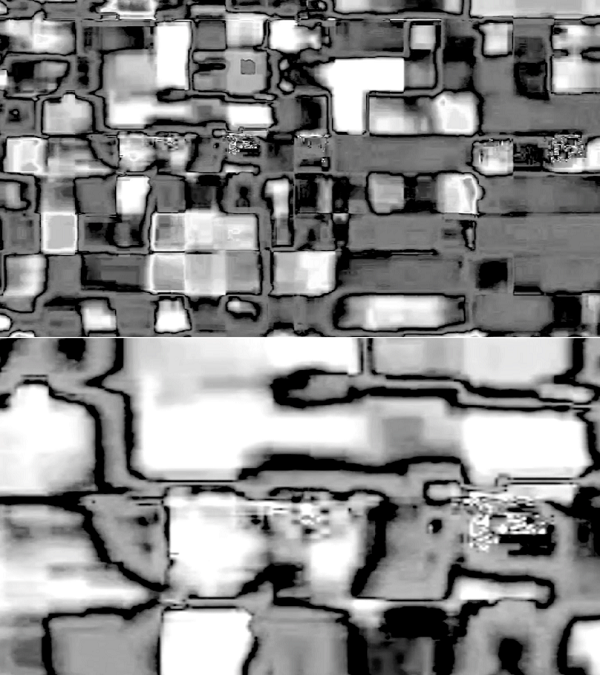